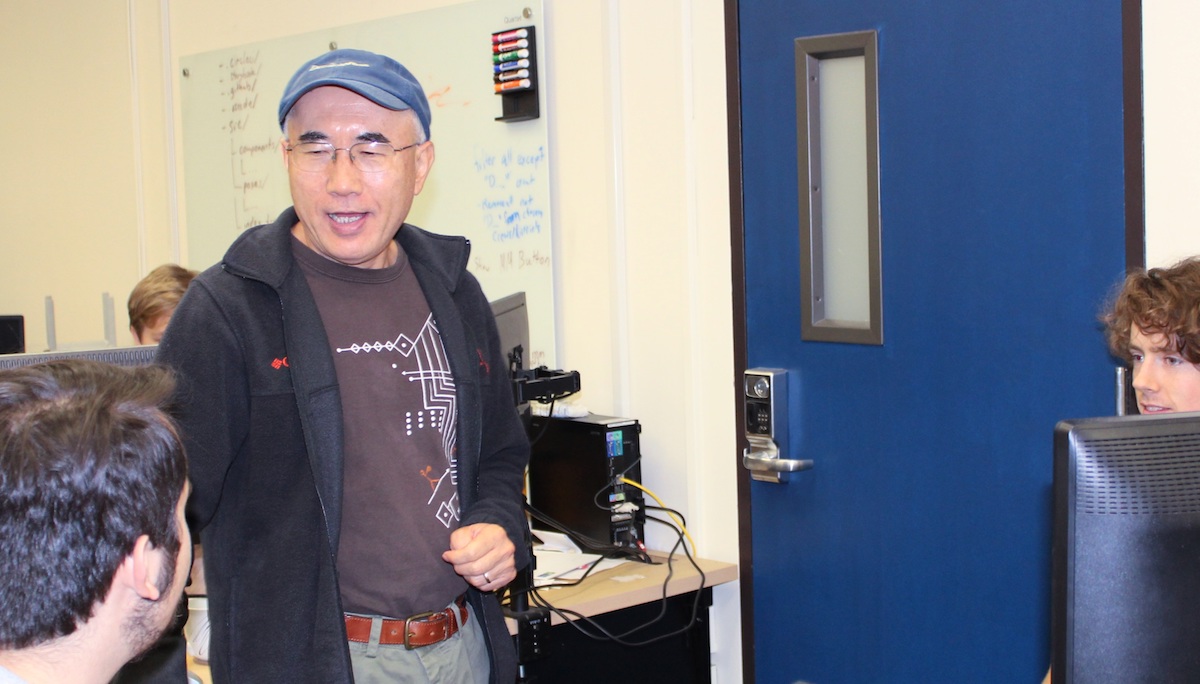 We begin this year without our Senior Software Systems Engineer, Kai Lu. He retired from the OSU Center for Applied Systems and Software (CASS) Software Development Team at the end of December. During his 13 years here, Kai has made a remarkable impact on the program and the students he’s mentored.

As a Systems Engineer, Kai worked on many projects that have impacted the community. For Kai, his most influential project was the Oregon Department of Transportation’s Transportation Operations Center System (ODOT TOCS). The ODOT TOCS is an innovative program that allows for better communication between Transportation Operations Centers and incident response systems such as the Oregon State Police. Other features of the program deal with more direct contact between ODOT and incident response teams in real time to the public, media and internet. When asked why he saw this as his most significant project, Kai said, “It’s big, useful, and challenging.”

Kai shared some reflections on his time at CASS. He feels the most rewarding aspect of his job as Senior Software Systems Engineer was "To prepare students for a real job and give them real world experience before they graduate. Having work experience along with their degree is the most valuable thing they can get in school."

When asked what was special about his job, Kai notes that “The students learn a lot of things they cannot learn from the classroom.” If there was one thing he wished to see changed, it would be for CASS to receive more recognition from the University for the positive impact it has on student success and growth.

Some of Kai’s students have shared what they found made him a good mentor. Jacob Vandomelen, a Student Software Developer, said “He was able to recognize the good qualities in people and honored them.” Fellow Student Developer Cole Swanson added that “Kai would drop whatever he was working on to help a student." Kai has said he will miss his colleagues and students, and looks forward to having more free time.