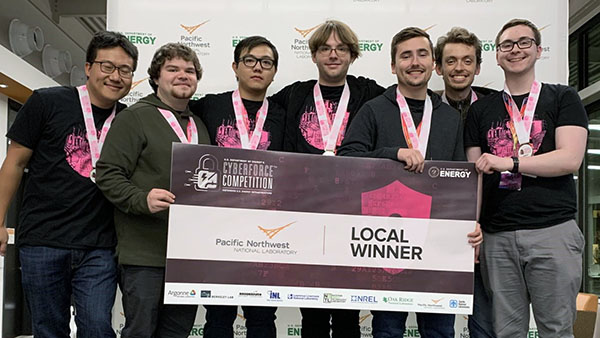 The Cyberforce Competition is a creation of the Department of Energy, and is meant to raise awareness of key issues with cyber security and provide hands-on experience for college students. The competition simulates the real world scenario in which teams of college students known as the blue team defend critical infrastructure against advanced attacks from professional penetration testers. These attackers, the red team, are volunteers for the competition who work in the cybersecurity industry including private companies and government agencies.

Over the years, various OSL student employees have competed with the OSU Security Club in the CyberForce Competition. Cody, Khuong, and Travis all participated at least once during the last three competitions. Their day-to-day experience ranges from developing, maintaining, and securing the complex infrastructure at the OSL, and was a significant factor that helped them perform well in this competition. The OSL students attribute a large part of their success to OSL director Lance Albertson, who gives them a lot of hands-on opportunities and mentoring.   One student explains, “Lance lets us take charge, make plenty of mistakes, and learn from them.”

The next CyberForce Competition is set to take place in November of this year.